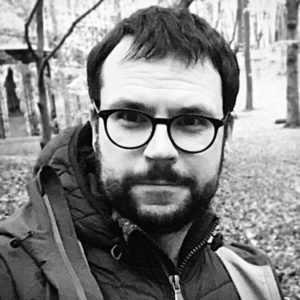 Studied history at the University of Gdansk where he earned his Ph.D. in 2014. From 2011 he has been involved as a curator in works on the permanent and temporary exhibitions in Pomeranian State Museum, Greifswald, Gdynia City Museum, Museum of the Second World War in Gdansk, Museum of Kashubian-Pomeranian Literature and Music in Wejherowo and in the Museum of Gdansk. He closely cooperates with cultural Polish and German institutions (mainly from the Pomeranian region) focusing on historical and documentary projects. In 2018, he became the head of the Central Department in the Museum of Gdansk where he also manage the Gdansk Oral History Archive. Among his academic interests are oral history, micro historical approach at narrative exhibitions in museums, historical culture of Pomerania region and Polish-German relations.